From the Affleck's Mouth: I'm Not Batman! 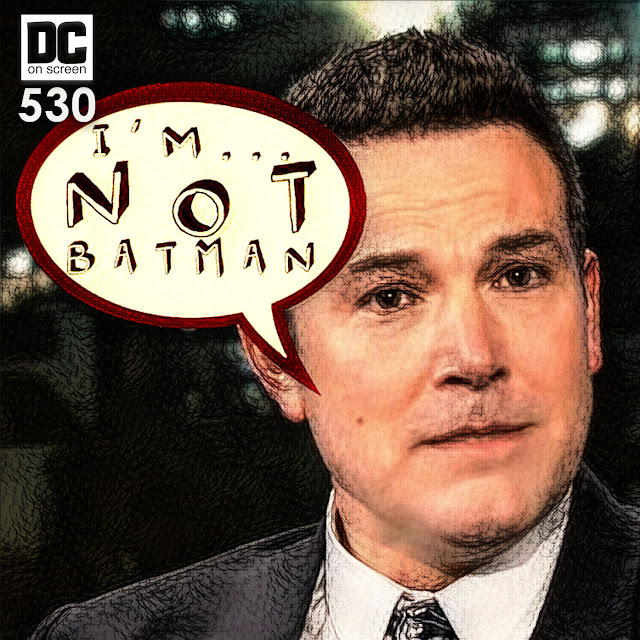 Get:  From the Affleck's Mouth: I'm Not Batman!

We officially have word from Ben Affleck on his Batman status! Plus, thoughts for fans regarding the next Batman, 'Aquaman' numbers, 'The Suicide Squad', how Wolverine became Batwoman's dad, and so much more!

On this episode of DC on SCREEN, we are announcing that we officially have a Patreon where you can lob dollars at us for exclusive content and other stuff when we think of it!  Become a patron here: https://www.patreon.com/dconscreen
We also talk about a bunch of stuff that happened this past week in the world of DC programming and films! Like this stuff:
“I’m Not Batman” Says Ben Affleck | https://youtu.be/bjGt8hwbXHA
'Justice League' Director Zack Snyder Says Goodbye to Ben Affleck's Batman |
Conflicting Batman Rumors Surface Over If Armie Hammer Has Been Cast |
Armie Hammer Denies Batman Rumors |
‘Aquaman’ Numbers |
'Aquaman' Passes 'Batman v Superman' at Domestic Box Office |
'Aquaman' Is Now One of the Top 20 Highest Grossing Movies of All Time |
‘How I Met Your Mother’s Charlene Amoia Cast In 'Birds Of Prey' |
'The Suicide Squad': Harley Quinn Might Be In James Gunn's Movie After All |
Michael B. Jordan Responds to Superman Rumors, Says He Would Play Calvin Ellis |
Zack Snyder Teases His 'Justice League' Plans Would Have Been Better Than 'Flashpoint' |
'Gotham' Complete Series Blu-ray Release Date Revealed |
'Batwoman': David Nutter Steps Down From Directing Pilot |
'Batwoman' Casts Dougray Scott as Kate's Father (or How Wolverine became Batwoman's Daddy) |
'Smallville' Actor Phil Morris Says He Would Return For "Crisis on Infinite Earths" |
'Doom Patrol' Star Alan Tudyk Talks Working With Adam West on 'Powerless' |
'DC Super Hero Girls' Trailer  | https://youtu.be/LzhzULFgrjU

One of Dave's Superman displays featuring Superman of Earth-23: