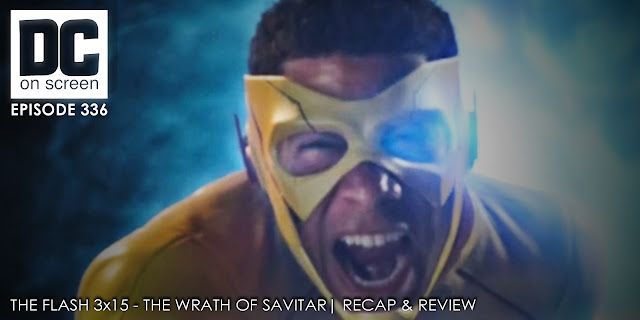 Download The Flash 3x15 - The Wrath of Savitar | Recap & Review

SPOILERS/NSFW - DC on SCREEN #336 - The Flash 3x15 - The Wrath of Savitar | Recap & Review Wally is seeing Savitar. It turns out Savitar is half-present because Caitlin kept a piece of the Philosopher’s Stone. Savitar tricks Wally into bringing him the rest, releasing him fully into the real world and sending Wally to the Speed Force to take his place. Iris is having trouble dealing with Barry’s calculated wedding proposal, and Julian isn’t loving that Caitlin asked him to the team just to be the mouthpiece for Savitar.
at March 12, 2017
Email ThisBlogThis!Share to TwitterShare to FacebookShare to Pinterest
Labels: 3x15, dc comics, podcast, recap, review, the flash, The Wrath of Savitar