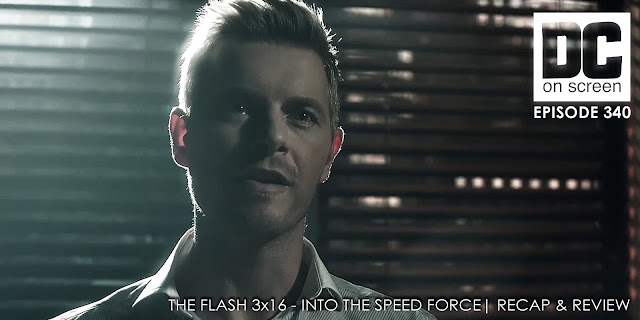 Download The Flash 3x16 - Into the Speed Force | Recap & Review

SPOILERS/NSFW - DC on SCREEN #340 - The Flash 3x16 - Into the Speed Force | Recap & Review Jesse Quick decides to go after Savitar alone. She at least manages to prove there’s something human under that armor. Barry goes into the Speed Force for Wally and meets some familiar faces. He gets out with Wally intact but Jay Garrick sacrifices himself to the Speed Force to take Wally’s place. Jesse heads to Earth 3 because she doesn’t want to be a part of Savitar’s plan and that Earth needs a Flash now anyway. Wally is safe, but Barry declares him benched for now. Iris tries to put the marriage back on track with Barry but Barry thinks he needs space now that the Speed Force has reinstalled his sense of personal responsibility.
at March 18, 2017
Email ThisBlogThis!Share to TwitterShare to FacebookShare to Pinterest
Labels: 3x16, dc comics, Into The Speed Force, podcast, recap, review, the flash