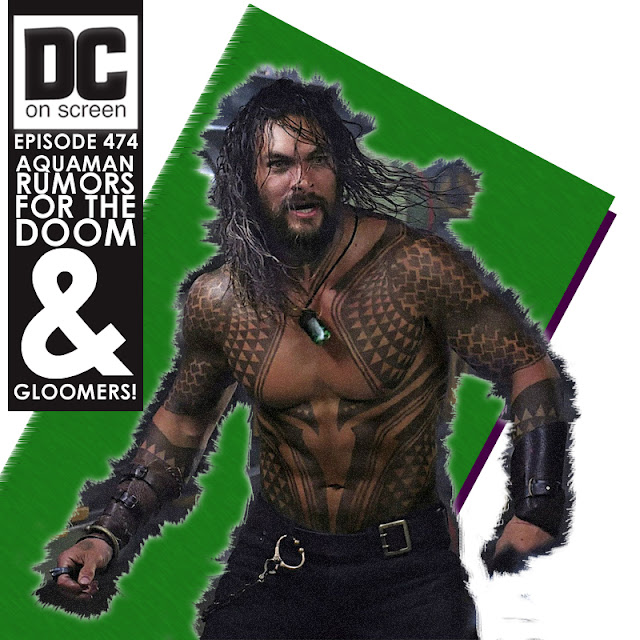 Plus Diane Nelson's leave of absence, Black Adam fun may be brewing, 'Constantine: City of Demon' canon explained and so much tangential stuff. Like, seriously. 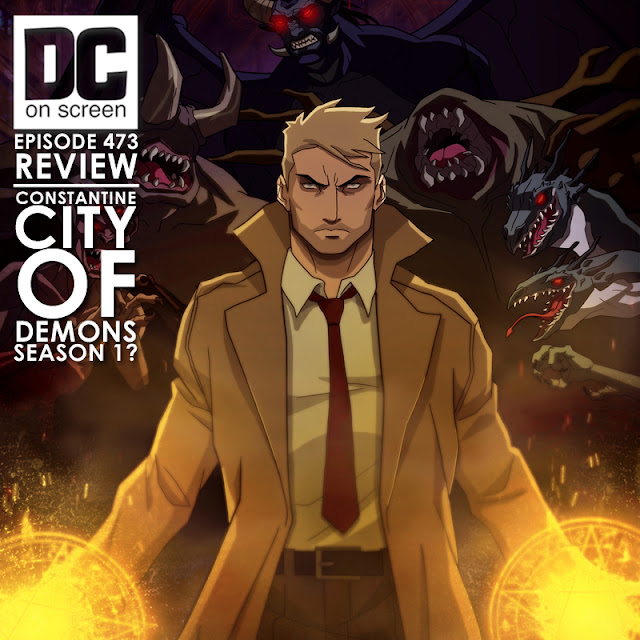 In a strange twist, 'Constantine: City of Demons' doesn't seem to have any connection with the NBC series of the same name.  Is it still worth watching?

SPOILERS/NSFW - DC on SCREEN #473 - This episode we discuss the new  series 'Constantine: City of Demons', an ambitious romp that either retcons or wholly ignores the previous vehicle for Matt Ryan's petty dabbler, NBC's 'Constantine'. If you can overlook the glaring continuity tosses, you'll find fine animation and wonderful voice work that mysteriously leaves you on a cliffhanger, not even bothering to treat you to the footage we saw in the teaser trailer last year!  But is it worth watching?  It's Matt Ryan as John Constantine. Do you even have to ask?
at March 26, 2018 No comments:
Email ThisBlogThis!Share to TwitterShare to FacebookShare to Pinterest
Labels: Chas Chandler, City of Demons, constantine, cwseed, matt ryan, podcast, review 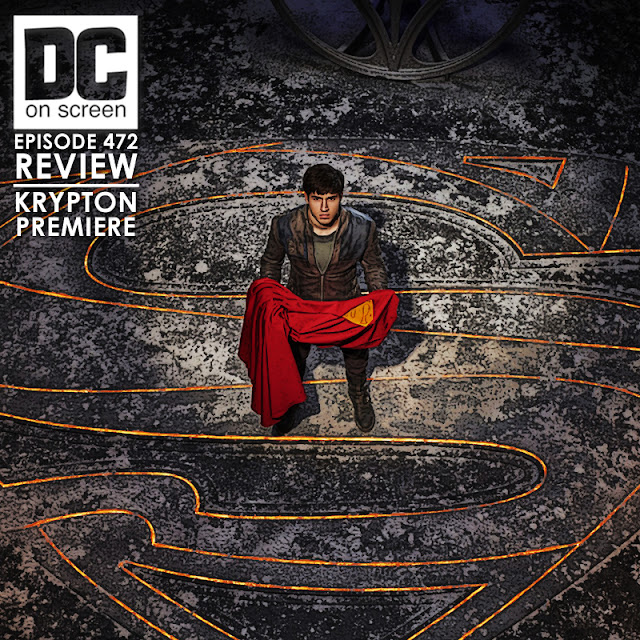 After years of development, Syfy's 'Krypton' is finally here, and it's actually pretty good!

SPOILERS/NSFW - DC on SCREEN #472 - This episode we discuss Syfy's new Superman prequel series 'Krypton' which introduces us to Superman's grandfather Seg-El who, with the help of a time-traveling Adam Strang, must find a way to stop Brainiac from destroying the planet Krypton before it sires its final son Superman (the greatest hero of the universe)!  The imaginative atmosphere, solid effects, a stirring soundtrack (complete with John Williams flourishes) and admirable acting bring what could be a tedious, no-stakes prequel into a place of potential!
at March 26, 2018 No comments:
Email ThisBlogThis!Share to TwitterShare to FacebookShare to Pinterest
Labels: Brainiac, David S Goyer, dc comics, John Williams, Kandor, krypton, podcast, review, series premiere, supergirl, superman 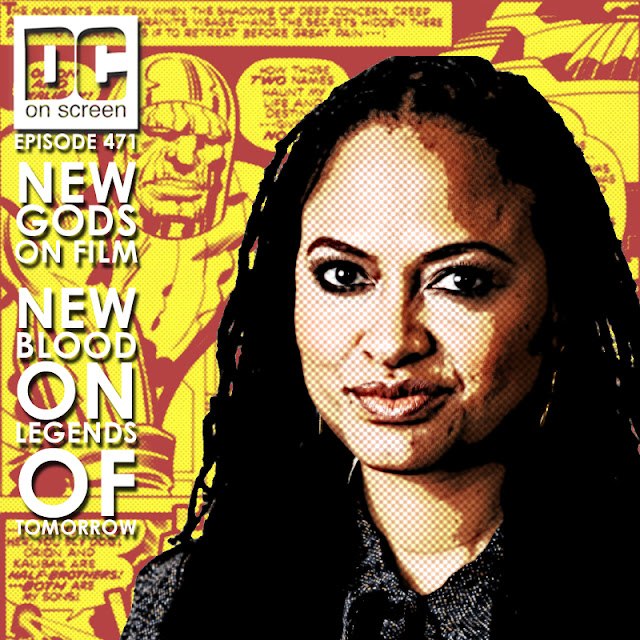 A 'New Gods' film is in development, 'Shazam' continues to entertain well into production, and John Constantine is going full time on 'Legends of Tomorrow'!

Batgirl Got Weird and Shazam Got a Mustache | News 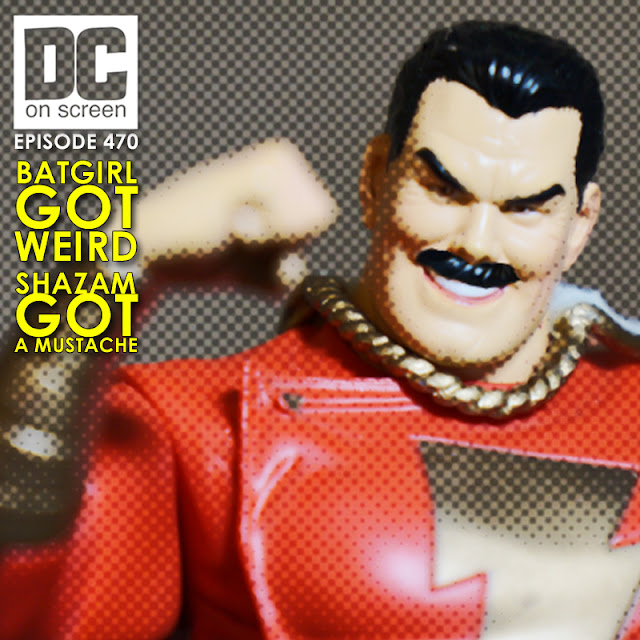 Now that Dave is finished moving, he can talk with Jason (and you!) about DC Comics-related news on film and television!  Like all the weird changes Batgirl has been going through.  Or that time Bosslogic gave Zachary Levi a mustache...

Download Batgirl Got Weird and Shazam Got a Mustache | News

SPOILERS/NSFW - DC on SCREEN #470 - Now that Dave is finished moving, he can talk with Jason (and you!) about DC Comics-related news on film and television!  Like all the weird changes Batgirl has been going through.  Or that time Bosslogic gave Zachary Levi a mustache...
The Wrap Reporting That Pieces of WB May Be Sold Off if Merger Fails |
New Vice President of Production Named for DC Films |
Snyder Confirms Fan Theory |
Snyder Mustache Slam |
Snyder Releases Lots of Shots From Justice League |
Batgirl Has Gotten Weird |
Kristen Wiig As Cheetah? |
Wonder Woman 2 to Shoot in the Summer |
Good Things Are Being Said About Aquaman |
A Big Change May Be Coming to Mera in Aquaman |
Shazam’s Costume Outed |
Asher Angel Posts Picture of Shazam Cast |
Mustache Fun With Zachary Levi |
Possible Story Elements for Flashpoint Emerge |
Flashpoint Directors Confirmed |
McKay Says He’s Here To Stay |
McKay Wants to See The White of Their Eyes |
Matt Reeves Debunks Rumors of His Departure from The Batman |
The Joker is a Failed Comedian? |
Joaquin Phoenix Has No Idea About The Joker |
New Report Suggests Joker Film Could Film Soon |
Booster Gold Still in Development |
Celebrities Cast as Justice League in Teen Titans Go to the Movies |
Fox Executive Hopeful of Gotham’s Return |
Mazouz Doubles Down On Jerome Comments |
Legends S3 Finale Guests |
Jesse Quick Heads to Legends |
John Noble to Appear as Himself on Legends of Tomorrow |
Constantine Animated Premiere Date |
Titans Casts Negative Man |
Titans Casts Elasti-Girl |
Titans Casts Robotman |
Is Jason Todd Coming to Titans? |
First Look at Brainiac and Skull Ship |
at March 14, 2018 No comments:
Email ThisBlogThis!Share to TwitterShare to FacebookShare to Pinterest
Labels: aquaman, Batgirl, bosslogic, gotham, justice league, kristen wiig, legends of tomorrow, news, shazam, Wonder Woman 2, zack snyder 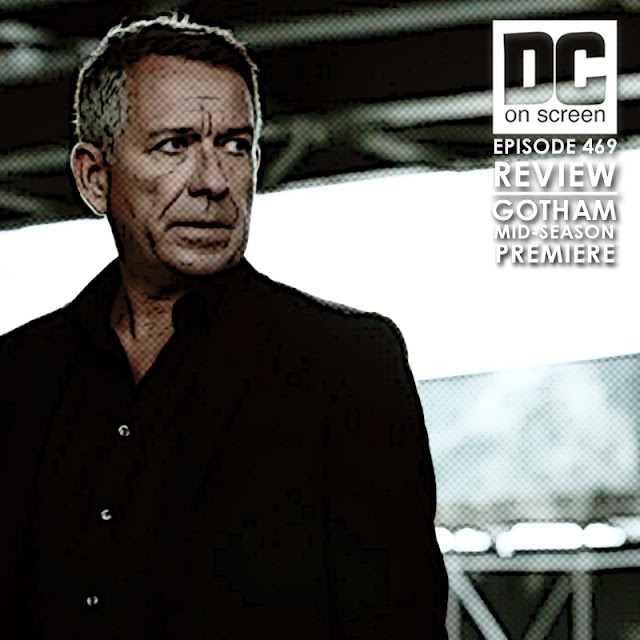 We return (with bronchitis) to talk about Pieces of a Broken Mirror, the mid-season premiere of Gotham!

SPOILERS/NSFW - DC on SCREEN #469 - 'Gotham' Mid-Season 4 Premiere | Review - Dave and Jason return (with bronchitis) to talk about Pieces of a Broken Mirror, the mid-season premiere of Gotham!  It's not the best episode of Gotham we've seen, but it sure does look pretty!  And maybe some of the storylines look to be heading in a favorable direction.  Would you like to see Alfred and Lee Thompkins light the fire of romance?  And isn't the new Poison Ivy awesome? Yeah. We think so too.
at March 10, 2018 No comments:
Email ThisBlogThis!Share to TwitterShare to FacebookShare to Pinterest
Labels: alfred, gotham, mid-season premiere, pieces of a broken mirror, podcast, Poison Ivy, review
Newer Posts Older Posts Home
Subscribe to: Posts (Atom)