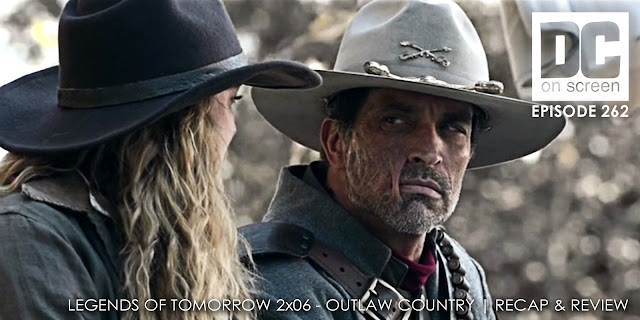 SPOILERS/NSFW - DC on SCREEN #262 - The team goes back to the Wild West and finds their old riding buddy Jonah Hex a bit tied up.  After rescuing him from the gallows they focus their attention on Turnbull, the would-be king of the west.  Turns out Turnbull has been mining Dwarf Star in bulk and is set to start his own revolution.  After a hasty Hex botches their first plan, the Legends infiltrate Turnbull’s organization, blow up his mine, and stop a train with their bare hands.  Also, Hex gets to punch the guy that killed his family and maimed him right in the face.  Ray gets enough Dwarf Star to start building a new Atom suit but after finding a crude drawing, makes a new suit for Nate first.  Also, Stein has been having strange memories, probably because he messed with his own timeline and the changes are installing themselves in his memory, and Vixen decides to take Rory under her wing and train his inner animal.