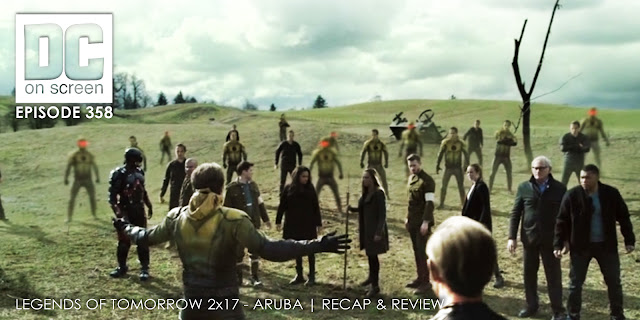 Download Legends of Tomorrow 2x17 - Aruba (Season Finale) | Recap & Review
 
SPOILERS/NSFW - DC on SCREEN #358 - Legends of Tomorrow 2x17 - Aruba | Recap & Review
The Legends head back to 1916 to reshuffle the deck knowing that their future selves will be erased, but hoping that if they avoid themselves they wont destroy time. Instead, they cause a time storm, and the Legion crashes the party and the ship. After one do or die charge by both versions of the team, most of the future versions of the team are killed in action. In the end it becomes Sara's duty to overcome her inner darkness and use the spear one last time for the better with the 1916 version of the team intact. Short one Rip, they take off to Aruba only to crash in a futuristic 2017 version of LA smattered with raptors.