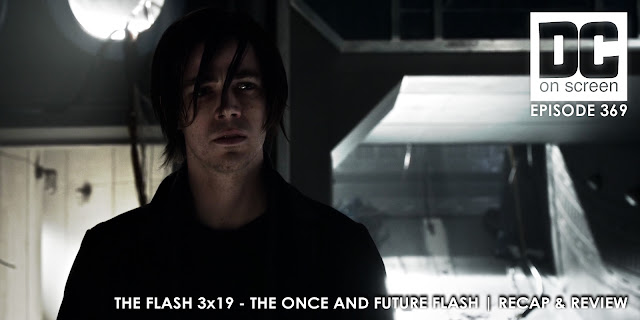 Download The Flash 3x19 - The Once and Future Flash | Recap & Review
 
SPOILERS/NSFW - DC on SCREEN #369 - The Flash 3x19 - The Once and Future Flash | Recap & Review
Barry travels to the future to find Savitar’s identity.  Instead he finds a powerless Cisco, a caged Killer Frost, an emotionally abandoned Joe, a hopeful Julian, a comatose Wally, and a famed romantic novelist HR.  Barry, the reassembled team (minus Caitlin), and the extremely unhopeful Future Barry fight Mirror Master and Top in the name of morality, then Barry returns to the past with a USB that may have some answers about Savitar’s identity.  We see that Barry will be there for Joe, in the end, but that Killer Frost immediately pledges her loyalty to Savitar when the armor is removed and his identity is revealed.