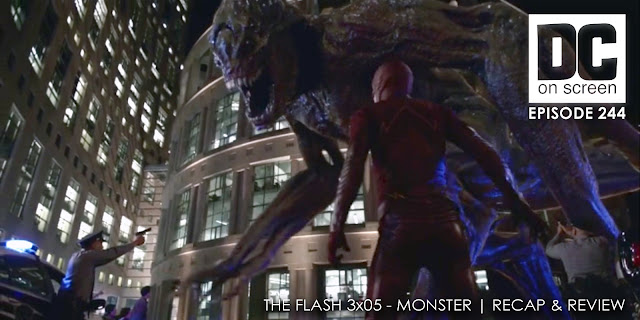 SPOILERS/NSFW - DC on SCREEN #244 - The Flash 3x05 - Monster | Recap & Review
There’s a monster in Central City.  Turns out the monster is a hologram and Joe has to Joe yet another adolescent.  The crew wonders what kind of monster HR is.  A little Cisco investigation reveals that he’s a con man, not a scientist, and a little worthless to team Flash.  He convinces the team that he’s an instigator, which is just as good, and they agree to keep him around, provisionally.  Elsewhere, Caitlin, fearing her new meta abilities, runs to her mother for some comfort.   One hostage situation and an emotional 180 from her mother later, Caitlin learns that if she uses her abilities they will destroy her.