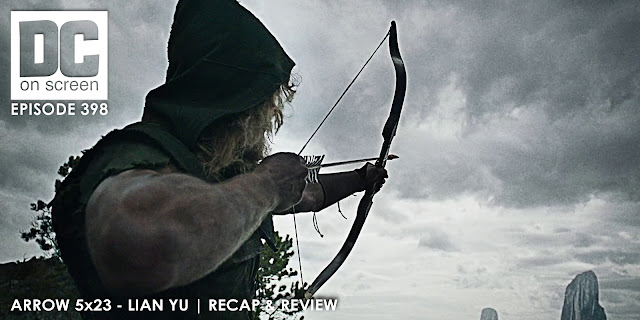 Download Arrow 5x23 - Lian Yu (SEASON FINALE) | Recap & Review
 
SPOILERS/NSFW - DC on SCREEN #398 - Arrow 5x23 - Lian Yu | Recap & Review
Oliver forms an impromptu Suicide Squad with a very apologetic and cooperative Deathstroke, Merlyn, Nyssa, and Digger Harkness.  Betrayals, faked betrayals, and epic battles ensue as Adrian loses hostages and Oliver seems to be getting the upper hand.  Half the team goes in search of an escape and half goes in search of William.  Merlyn proves there was some good fathering in him after all, so Team escape makes it to a plane only to discover that Adrian is a walking kill switch for the entire island.  Oliver finds him and rescues his boy, but Chase kills himself just to blow up the island, leaving the viewers with the mystery of who, other than Oliver and William made it off the island.