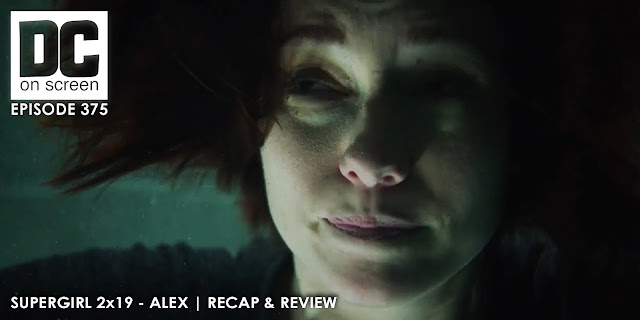 Download Supergirl 2x19 - Alex | Recap & Review
 
SPOILERS/NSFW – DC on SCREEN #375 Supergirl – 2x19 - Alex | Recap & Review
Maggie and Kara square off over the power of words versus fists as Alex is abducted by one of her old high school acquaintances, who it turns out knows Supergirl’s real identity and has been planning to leverage that to get his father released from prison.  In the end, Alex nearly dies but holds on, and Maggie and Kara realize that listening to each other makes them a pretty good team.  Also, Rhea tries to trick Lena into helping her build teleportation portals.  Lena easily deciphers her first trick but gets taken in by the second and agrees to help build the portals.