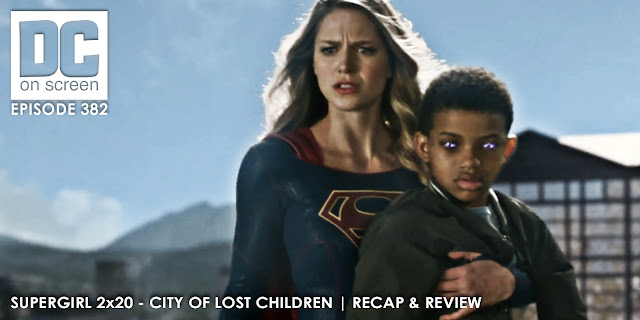 Download Supergirl 2x20 - City of Lost Children | Recap & Review
 
SPOILERS/NSFW - DC on SCREEN #382 - Supergirl 2x20 - City of Lost Children | Recap & Review
James deals with his identity as a hero, with and without a suit.  He’s rethinking Guardian because he’s just scaring random citizens in the suit, and he can’t seem to find a place with the DEO until a lost Phorian child needs his help.  James breaks through to him and helps the kid find his people.  He then saves all of them, and National City, by refusing to leave the boy’s side.  Meanwhile, Rhea is pep-talking Lena into Nobel Prize territory.  Lena gets the portal working and Rhea announces herself and her dubious plans to Kara, the DEO, and eventually all of National City as she rigs the portal to let Daxamite warships through to Earth.