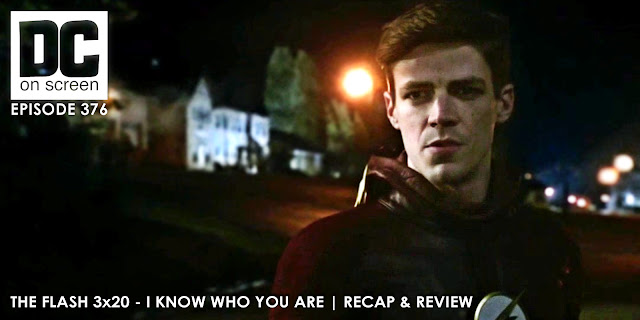 Download The Flash 3x20 - I Know Who You Are | Recap & Review
 
SPOILERS/NSFW – DC on SCREEN #376 - The Flash 3x20 - I Know Who You Are | Recap & Review
The team tracks down Tracy Brand hoping to instigate her into building the prison that eventually traps Savitar.  HR falls for her hard.  She’s reluctant, but eventually agrees to work on her supposedly crackpot ideas after seeing Savitar in action.  Joe almost lets Cecile go but after Killer Frost kidnaps her he has a change of heart and tells her everything about the team.  With Julian’s help, Cisco gets over his fear of his own powers and takes Killer Frost down before Savitar rescues her.  He does get some blood to work on a cure though.  And finally, some introspective deduction leads Barry to Savitar’s true identity:  Future Two Face Barry.

Labels: 320 3x20 barry allen i know who you are podcast recap review Savitar the flash