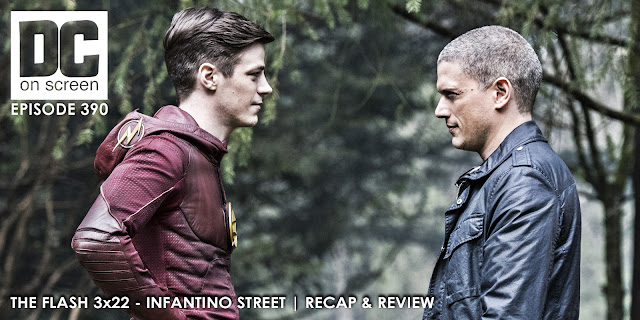 Download The Flash 3x22 - Infantino Street | Recap & Review
 
DC on SCREEN #390 – The Flash  3x22 - Infantino Street | Recap & Review
After Lyla turns him down, Barry turns to Captain Cold for help stealing a power supply that will power the Speed Force Cannon/Bazooka.  Despite King Shark, the plan pays off and Lyla decides to help.  Joe and Wally join forces in Earth 2 to stow Iris away but HR is tricked into revealing her location, resulting in a broken Wally.  At the pivotal moment, Savitar shows off his Philosopher’s Stone, which negates the powers of the Speed Cannon/Bazooka, resulting in the death of Iris West.